Modern and convenient apartment hotels in Edinburgh are easy to find and book with The Apartment Network. An exciting city of cobbled streets, stunning walks, and Scotland's crown jewels, Edinburgh is home to some truly unique experiences. So, whether you're travelling for work or leisure, there's sure to be the perfect apartment hotel in Edinburgh to suit you.
Start your search now...

With the city's skyline, cobbled streets and colourful history, there are many ways to embrace the city, explore, have fun, and write new stories to revisit in years to come. Experience Edinburgh in your home away from home and choose from The Apartment Network’s range of serviced apartments and apartment hotels in Edinburgh. Find your perfect home from home in Edinburgh now.
Browse all Edinburgh Apartments Let us search for you

Best serviced apartments in the centre of Edinburgh

Simply search our site to see all our apartments in Edinburgh, fill out our enquiry form and let us know when and where you want to stay. Our friendly team will then reply to you with a list of options. The more information you provide, the more we can narrow down a list of perfect serviced apartments and apartment hotels in Edinburgh! Alternatively, you can use our helpful web quick form service or call us at +44 (0)20 3743 7336.


Let us search for you

Why book your perfect serviced apartment in Manchester with The Apartment Network?


More about The Apartment Network

Serviced Apartments in Edinburgh - accommodation to suit your needs

Serviced apartments and aparthotels in Edinburgh – why choose The Apartment Network


*****
The team at The Apartment Network were brilliant from the start.
Matt Henry, Company Manager, Singin’ in the Rain
*****
I will certainly recommend you to my friends.
Sonia, Leisure Booker
*****
They are always helpful and positive.
Relocation Company

Can we help you find a serviced apartment in Edinburgh? 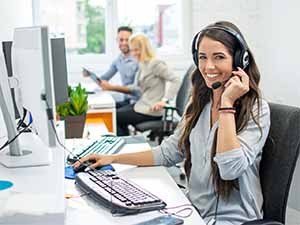 Our helpful and knowledgeable team will help you find the perfect long stay or short stay serviced apartment or aparthotel for your visit to Edinburgh.

Send us a quick message

How much does it cost to stay in a serviced apartment in Edinburgh?

Prices for our serviced apartments in Edinburgh start from £65 per night, but the price will vary depending on the size and type of accommodation you choose, the time of year and the length of your stay. Serviced Apartments are perfect for extended stay breaks and unlike hotels, the nightly rate tends to go down the longer your stay.

Contact our team using our enquiry form to find the perfect serviced apartment to suit you and see if any special offers are available.

How many guests can stay in your serviced apartments in Edinburgh?

Most of our Edinburgh serviced apartments are studios or apartments with one or two bedrooms, offering spaces for up to four guests. However, we have many larger apartments available with room for 6+ guests, perfect for families and groups of friends. If you need help finding a serviced apartment with space for groups and families, please fill out our enquiry form.

What apartment hotels in Edinburgh have good views?

Depending on where you stay in Edinburgh, you’ll have access to different views, for example, staying near the Royal Mile will give you views of the city centre and Edinburgh Castle. Whereas, staying in Portobello offers seaside views. For help finding serviced apartments in Edinburgh with the best views, please fill out our enquiry form or speak with our team on live chat to get their recommendations!

Serviced apartments - for the perfect stay in Edinburgh 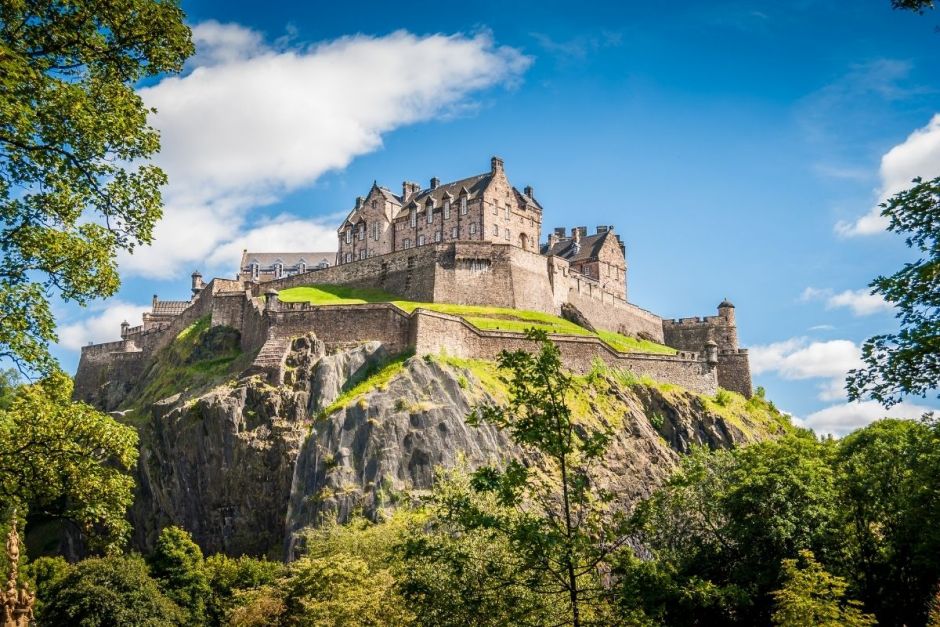 Fondly referred to as ‘Auld Reekie’, which means ‘Old Smokey’, Scotland’s capital is one of the most charming cities in Europe. With narrow, cobbled passageways, majestic buildings, gardens and fascinating museums, it’s hard to not fall in love with Edinburgh. Edinburgh is the second most visited UK city, with over two million tourists visiting the city every year.

Edinburgh gets its nickname from all the chimneys creating smog in the past. You can count on the rain in Edinburgh, adding to the city’s mysterious atmosphere. And then, when the sun comes through the clouds, the capital has an extra special radiance.

Famous for its mysterious past and guided ghost tours, guides will take you through the old crypts, alleyways, and graveyards so you can discover the mysteries of the city. As well as the old ghost stories, Edinburgh also offers a variety of attractions, including museums, many of which are free. 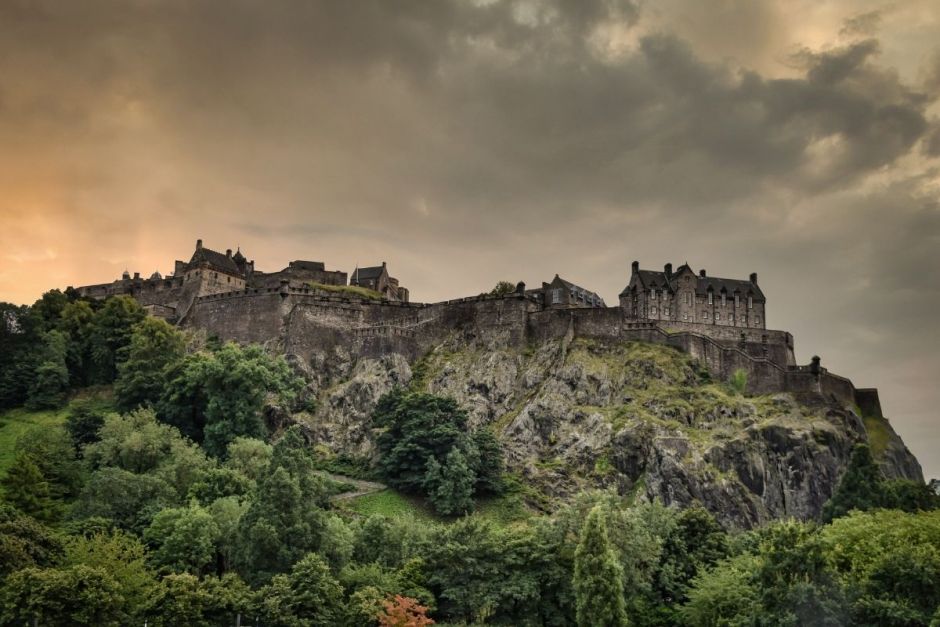 A visit to Edinburgh Castle is not to be missed; this stunning site is home to one of the most historical places in Western Europe. Set in the heart of the capital, the scenery will take your breath away. Home to Scotland’s Crown Jewels and offering incredible views across the capital, it’s not to be missed.

Plus, fans of whisky can also visit a whisky distillery and discover how Scotland’s national drink is made in the Scotch Whisky Experience. Or why not visit the People’s Story Museum and learn how Scottish people lived during the Middle Ages or explore the evolution of surgery and medicine in the Surgeon’s Hall Museums?

The more adventurous might decide to hike up to Arthur’s Seat, roughly a two-hour hike to the highest point, which is absolutely worth it to see the stunning views of Edinburgh.

Edinburgh has a mild climate all year round, with average summer temperatures only reaching 15°C, and January only reaching around 3°C on average. On average, it rains every third day in Edinburgh, so you’ll need to keep an umbrella handy.

There are beautiful beaches local to Edinburgh; however, even in a hot Scottish summer, you should probably not take a swim in the North Sea as it is bitterly cold. Instead, take part in some birdwatching, admire the views, or head out on a stunning coastal walk.

Eating out in Edinburgh won’t leave you disappointed. There’s food for everyone from takeaway fish and chips to Michelin starred restaurants. Edinburgh is not short on pubs, clubs, and bars in terms of nightlife. From the local pubs to high-end clubs, there’s something for everyone. Plus, whisky lovers will have the opportunity to sample a variety of single malts. 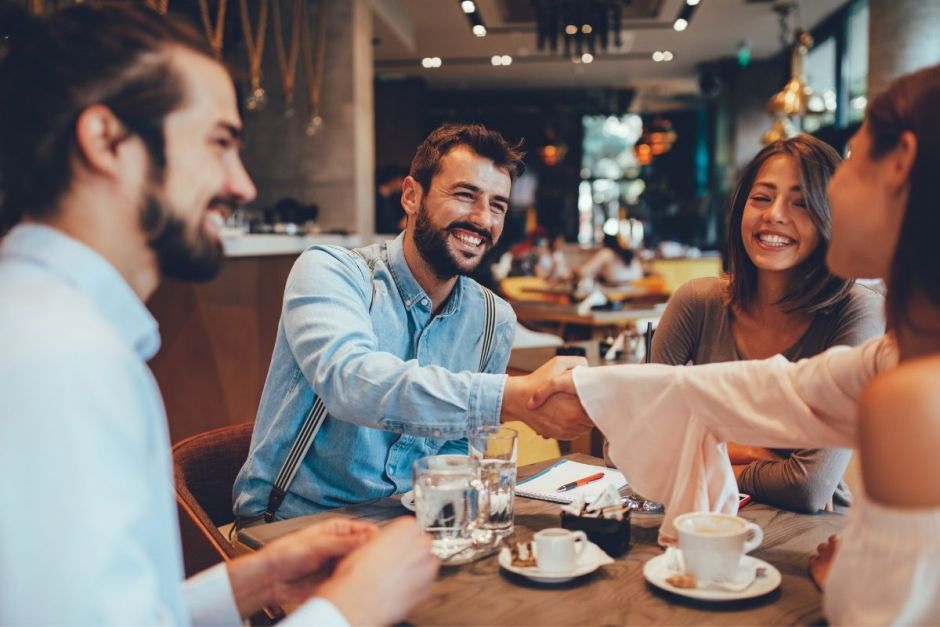 Getting around in Edinburgh

Most of Edinburgh’s top attractions are in the city centre, and if you’re staying near the Royal Mile, you’ll probably walk everywhere or only take a few buses. However, places like Royal Yacht Britannia, the Royal Botanic Garden, Portobello Beach, or Edinburgh Zoo will probably require public transport.

Transport for Edinburgh manages Edinburgh’s public transport system, offering a range of trams and buses that reach every corner of the city. The tram runs from York Place in the city centre to Edinburgh Airport, taking roughly 35 minutes, and it has Wi-Fi onboard.

In addition, over 1000 black cabs can be hailed in the street or picked up from a taxi rank within the city centre. 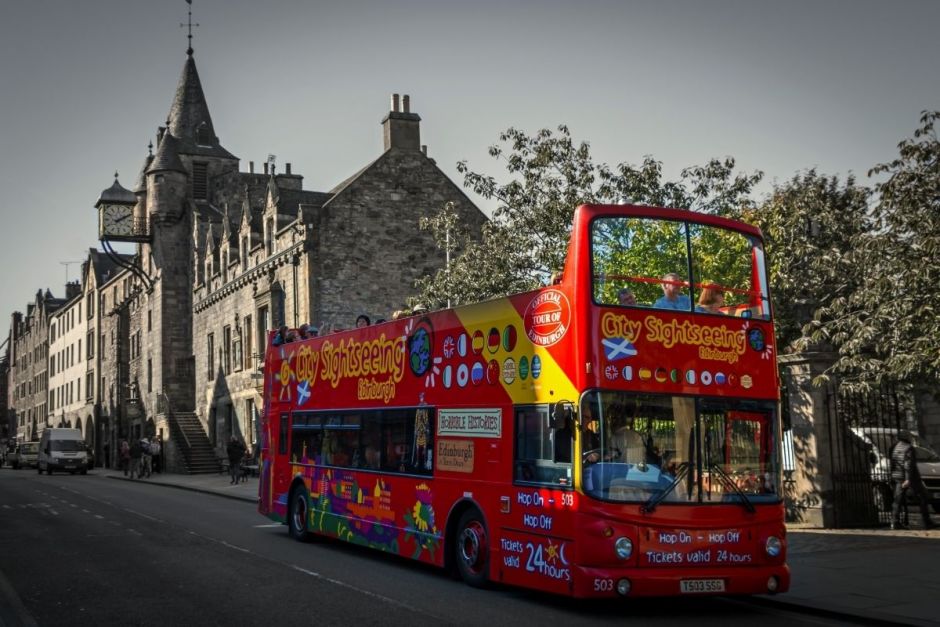 Tips for moving to Edinburgh

If you’re considering relocating to Edinburgh, you’ll be moving to a place steeped in history. Edinburgh has been the capital of Scotland since the 1300s and became the seat of a Scottish Parliament again in 1999.

The modern city boasts the UK’s most robust economy outside of London, with plenty of employment and education opportunities, and there’s no denying the City’s charm – everyone falls in love with Edinburgh. There’s plenty of culture, history, high employment, and lots of memories to be made. Plus, every August, Edinburgh becomes the world’s largest arts festival, The Edinburgh Fringe, attracting world-renowned arts and cultural events. 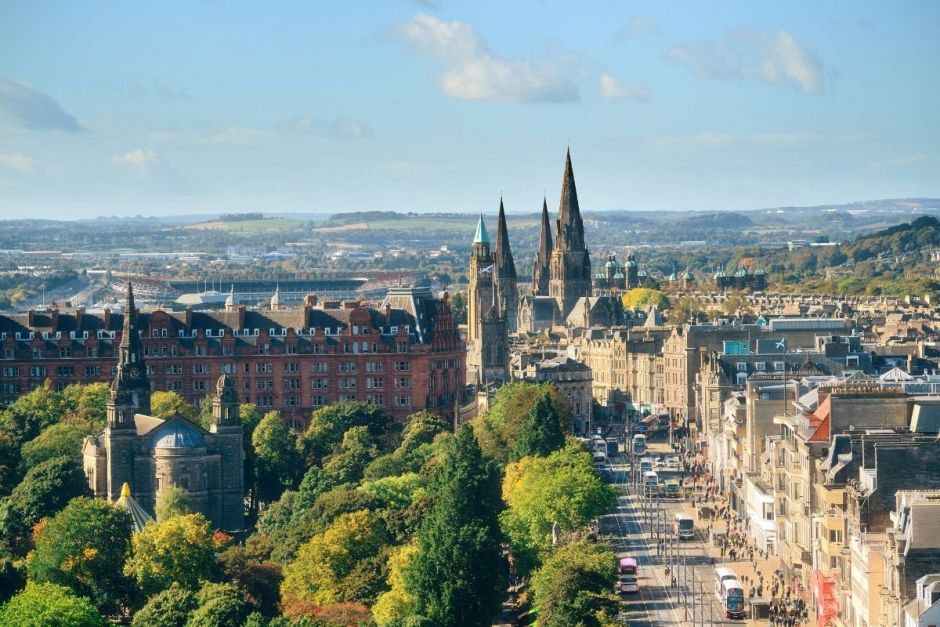 Where to live in Edinburgh

Although Edinburgh is only home to about 500,000 people, it’s a vibrant city with many different communities with their own character.

If you’d like to live centrally, then Edinburgh’s West End is a great choice. The West End includes much of Edinburgh’s New Town, built between 1767 and 1850, meaning that many of the properties here are Georgian houses.

The West End is very well connected with Haymarket train station. The tram will take you towards the city centre or out to the airport. A busy, bustling area with indie shops, bars, and restaurants, you’ll also find stylish boutiques on William and Stafford Streets. 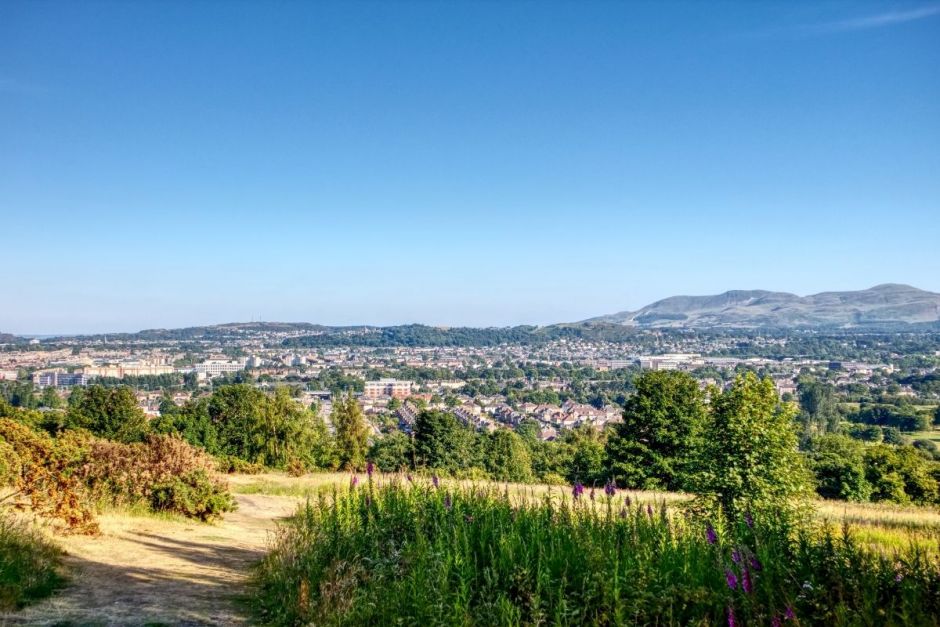 Previously a village, Corstorphine is now part of the city of Edinburgh but maintains its relaxed, community feel, which has made it very popular with families. The main road, St John’s Road, is full of indie boutiques, places to eat and coffee shops. Although it’s a bit further out of the city centre, it’s very well connected.

This is an excellent choice for young families as it boasts several highly rated schools in the area, plus Edinburgh Zoo is a stone’s throw away. There are also plenty of green spaces to discover, including one of the seven hills of Edinburgh, Corstorphine Hill. 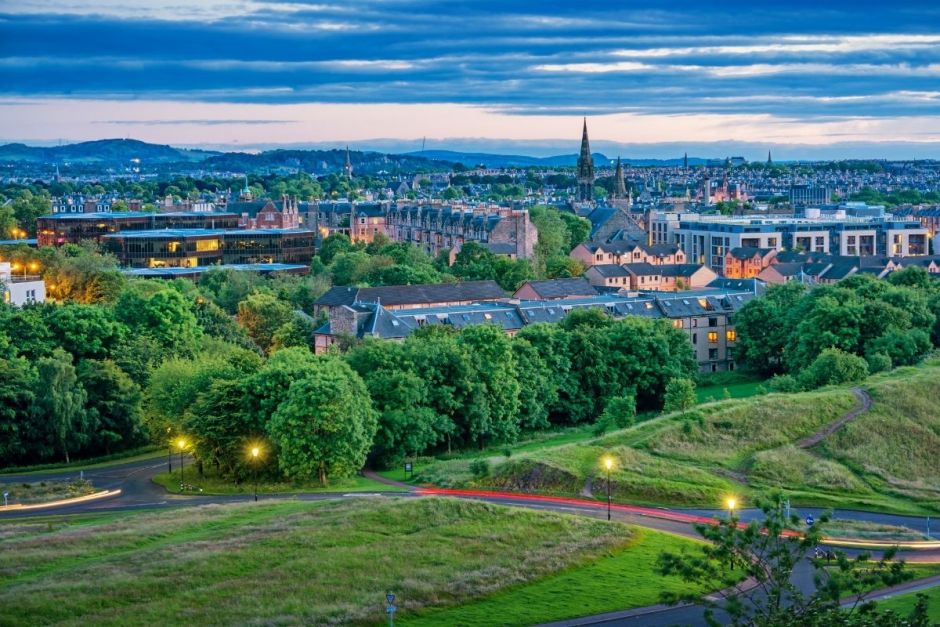 One of the best places to live in Edinburgh, Newington is hugely popular with students due to its proximity to the University of Edinburgh.

It’s also an excellent choice for families, couples, and young professionals as it offers the convenience of city living whilst providing easy access to outdoor spaces. Newington is packed full of shops, cafes, restaurants and bars; there’s something for everyone. Plus, nearby is the Meadows, a large park with a children’s play park, tennis courts and Arthur’s Seat.

Once a burgh of its own, Leith merged into the city of Edinburgh in 1920, but Leithers still have their own strong identity. Over the past decade, Leith has become one of Edinburgh’s most sought-after areas to live. The Shore area is a stunning waterfront destination with several Michelin starred restaurants. Leith is well connected to the city centre thanks to several buses.

One of Edinburgh’s prettiest suburbs, Portobello is highly sought-after as it’s incredibly convenient for travelling into the city centre and being home to Edinburgh’s seaside. There’s a great community feeling in Portobello and plenty of independent shops, cafes, and a monthly food market. 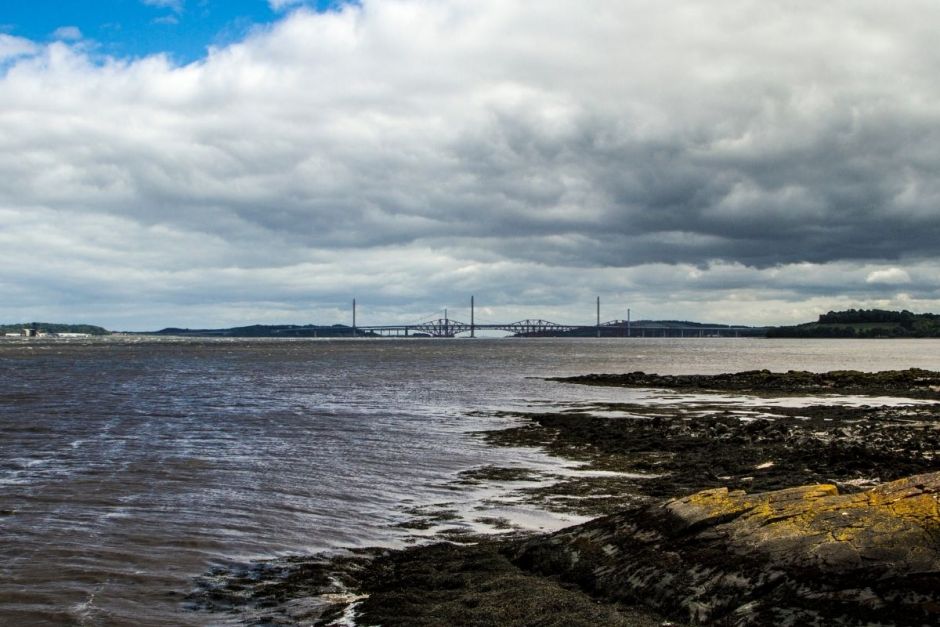 The Edinburgh Area and the Lothians

Edinburgh sits at the centre of a larger urban area, the Lothians. Those moving to Edinburgh might find that they won’t always find a job or a place to live in the capital itself.

The Lothians is a region in the Scottish Lowlands and includes various towns and villages.

West Lothian, Midlothian, and East Lothian are located on the southern shore of the Firth of Forth.

In addition, if you’re considering a move to Edinburgh for work but don’t necessarily want to live in the capital, the below places in the Lothians are within easy reach of Edinburgh:

Furthermore, on the estuary’s northern shore, Dunfermline in Fife could be another option. Edinburgh is now linked to Dunfermline via a bridge across the bay. A trip from one town centre to the other takes about 30 to 40 minutes in regular traffic. 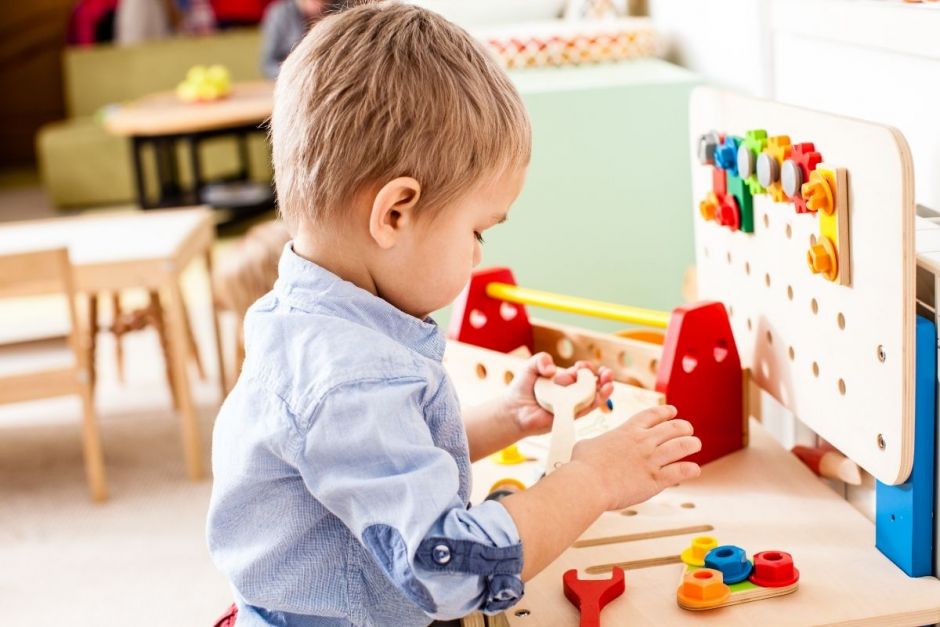 Schools and education in Edinburgh

Edinburgh is considered a thriving educational and academic centre. Schools in Edinburgh are considered some of the best in Scotland. There is a range of impressive primary and secondary schools and four universities in the city.

One of the big things to consider before moving to a new city is healthcare. Luckily, Edinburgh has a wealth of GP surgeries, dentists, hospitals, and A&E departments available. The NHS provides Scotland’s healthcare system, like the rest of the UK, however, there are plenty of private healthcare options if that’s your preference.

If you’re looking for short term rentals in Edinburgh, to help you make the right choice for your relocation, why not fill in our enquiry form or chat with us live on web chat to see how we can help you to find your home away from home in our serviced or hotel apartments in Edinburgh? 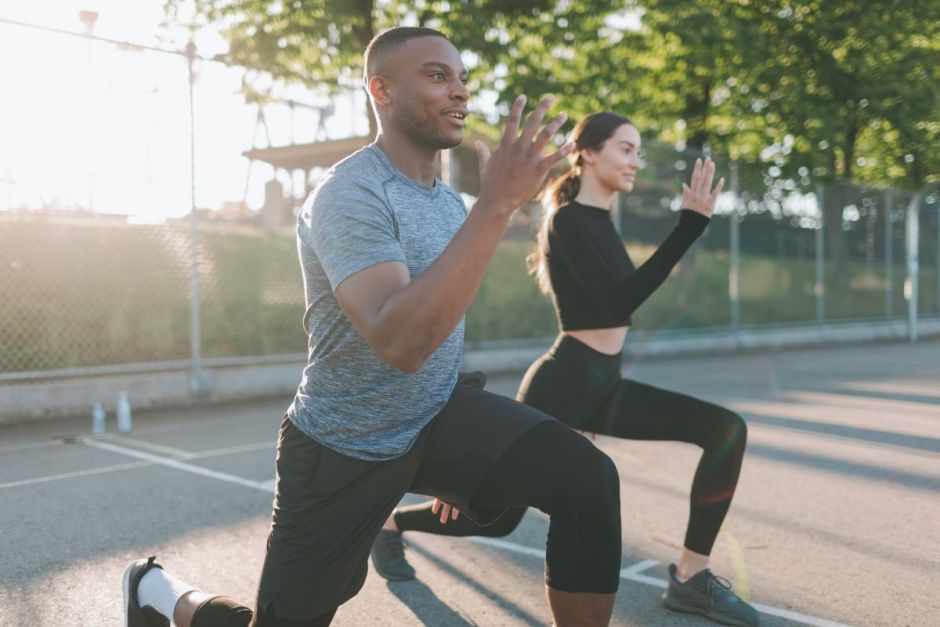 Want to know more about Serviced Apartments in Edinburgh? - Get in touch

Let our team search for you - it's quicker, easier, and saves you time.